‘Inspiring’ GAOLF Conference comes to a close in Nigeria 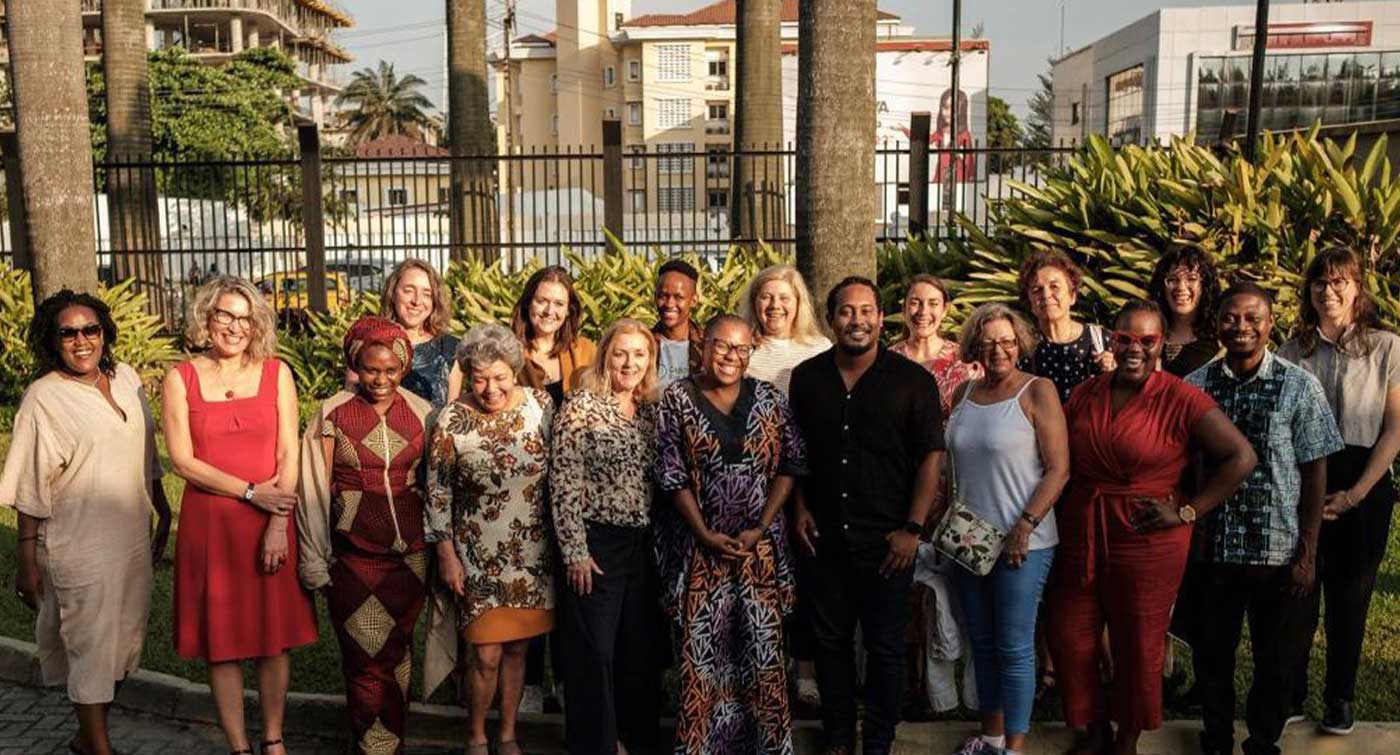 Amongst the topics discussed were future collaborations, fund-raising, managing stress levels and the shape of festivals to come. Established festivals shared their advice with some of the newcomers in Africa. All welcomed were able to discuss matters openly with like-minded colleagues who understand the complexities of staging a literature festival, with the appreciation that we are not alone, but are indeed ‘a tribe’ who can help each other.

There was unanimous agreement that virtual meetings are no substitute for being in the room with each other, so the next conference is planned for 2024 with several contenders exploring whether they will be able to host it.

Recordings, reports and images from the sessions will be available to view in the Forum next week, along with comments from the delegates and we’ll also be sending out plans discussed to encourage more interactions with members.

This is the time to update your space on the site with dates for next year, so the calendar is accurate, along with any news about your festival or plans for your next programme.

Those attending this week’s Conference in Nigeria are currently enjoying the delights of the Ake Arts and Book Festival, after being magnificently hosted by Lola Shoneyin and her team. Our heartfelt appreciation goes to Lola from all those who attended.

The 20th Paraty International Literary Festival is currently taking place (November 23 -27). Also known as FLIP, it examines the role literature can play in making sense of events during the last few years, from the post-pandemic exposition of increased  inequality, the depletion of the planet, unsustainable economic models, anti-democratic political structures, war, the possibilities and risks of increased  reliance on technology and social media, dispute over narratives, and disenchantment with language.

Organisers say “Ideas to postpone the end of the world”, to use the title of the book by Brazilian writer Ailton Krenak, have never been so important. This year’s Flip also plans to get closer to reading groups and collectives throughout Brazil as well as interrogating the past whilst marking the bicentenary of Independence and the centenary of the Week of Modern Art.

FLUP, the literary festival of the favelas in Rio de Janeiro will be on from 6-11 December. The first edition took place in 2012, in Morro dos Prazeres, a favela in the central region of Rio de Janeiro. The theme of this year’s edition will be 100 years of Black Modernism, which in Brazil had as its starting point the successful six-month season of the group Les Batutas in Paris. During this season, between February and September 1922, the group shared musical influences with other black musicians of the Diaspora, mainly jazz musicians from the United States. The biggest icon of this scene was singer Joséphine Baker, who became the first black woman to go to the Pantheon.

Odisha Art & Literature Festival takes place between 28-30 November 2022 in an historical, majestic, peace-loving and serene state on the east coast of India.  Namita Gorkhale, David Davidar, Satya Mohanty and Manu Dash are among those featured in the programme.

British Festivals might be interested to hear that British Council Arts has made an open call for applications for a small scoping grant as part of their intended Poland season. There is an online information session on Monday. More information here

Paramount has scrapped the $2.2bn sale of Simon & Schuster publishing to Penguin. Read about it here

Book Trust research shows that children’s authors of colour published in UK rose to 11.7% of market in 2021, according to this report in The Guardian.

Percival Everett has won the Bollinger Everyman Wodehouse Prize for Comic Fiction 2022 for his novel for The Trees (Influx Press).

An original illustration from The Wind in the Willows, which was recently discovered hanging in a country house, is to be sold at auction.

The New York Times has a fun quiz on adaptations, How Well Do You Know This Groundbreaking Author’s Work? Try it out here

As the Festival world winds down towards the end of the year, we’ll be taking a break until January. Click here to read more of our newsletters. Don’t forget to email any news you would like featured to: info@gaolf.org